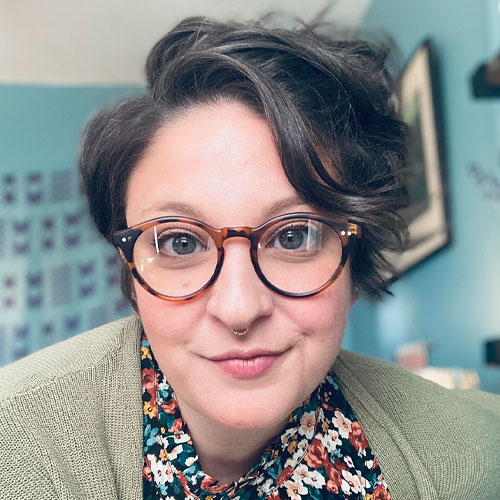 Rae Pagliarulo is the associate editor & flash editor of Hippocampus Magazine. Her essays, poems, and articles have appeared in Full Grown People, bedfellows, Hippocampus, The Manifest-Station, r.kv.r.y. quarterly, the Brevity Blog, and others. Her work has received honors such as the 2014 Sandy Crimmins National Poetry Prize, as well as Pushcart Prize and Best of the Net nominations. When she isn't staring blankly at the page, Rae works as a nonprofit fundraising consultant, reads tarot cards, and talks to the ghosts in her house.